Since our last update, Genius Friend has been in the news around the UK. 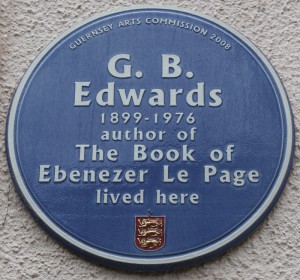 Nige of The Dabbler reviewed the book for this notable blog. He wrote:

Chaney’s biography is a heroic feat of research and contains probably as much as is ever going to be known about the mysterious Edwards.

For the full review see ‘Cryptic and Mystifying’: G.B. Edwards and The Book of Ebenezer Le Page, The Dabbler, 18 November 2015

Edward Chaney gave a talk at Cobbett Road Library, Southampton, where we were delighted to catch up with Annaliese (nee Snell) and her husband Tony, who knew Gerald Edwards when he lodged with Annaliese and her family in Upwey, Dorset.

Joanna Davis of the Dorset Echo, wrote a review for their weekend magazine, Seven Days, based on an interview with Edward Chaney.

Professor Chaney hopes that his biography attracts long-standing admirers of ‘Ebenezer’ and those who are new to the novel. 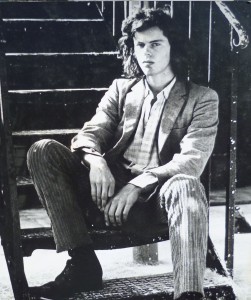 The Island Review contains an excerpt from Genius Friend: ‘The Guernsey Gattopardo’, which explores the parallels between G.B. Edwards’s The Book of Ebenezer Le Page and Lampedusa’s Il Gattopardo (The Leopard).

The fact that Don Fabrizio is an aristocrat and Ebenezer a peasant, only sharpens the symmetry and highlights the common enemy, for both are anachronisms whose ancient wisdom encourages them to resist changes which are essentially bourgeois-driven.

To find out more about Edward Chaney’s biography of G.B. Edwards, and how to order a copy – see Genius Friend.