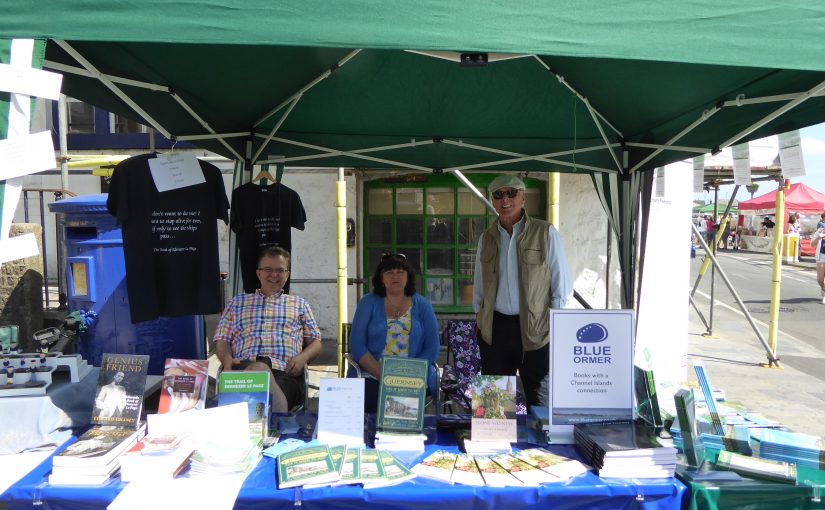 Blue Ormer has launched three new books so far this year – with another coming up this autumn and a number of others in the pipeline for 2018. 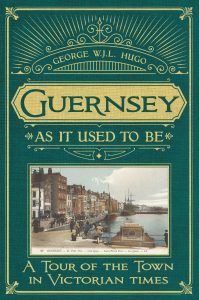 In April, we launched Guernsey As It Used To Be by George W.J.L. Hugo. This is proving very popular with locals as well as Guernsey family historians. The charming descriptions of Guernsey towards the end of the 1800s, together with some fascinating photographs of the period led one reader to

By the end of the fast paced fully animated account of walking from one side of town to the other with names and detailed descriptions of the shops and their owners and of absolutely everything along the way, I was breathless and exhausted!

I am so grateful for this amazing journey and highly recommend this book to anyone who loves the Island as much as I do and as a book not to be missed by anyone who is researching their Guernsey family history. (****, 5 star review, amazon.co.uk)

Two books launched in May

May saw the Guernsey Literary Festival, with the launch of two new publications in the same week:

Stone Witness – Richard Fleming’s latest collection of poetry, including his BBC-commissioned poem about La Gran’mère du Chimquière. Richard has followed the success of the initial launch at the Priaulx Library, with further readings at Open Mic nights and Candie Gardens in August. He has also garnered some stunning reviews, including one from Peter Kenny who concludes:

Richard Fleming’s new collection is a tour de force, harvesting poems which include some of his strongest work to date. The best of Richard Fleming’s work is possessed by soul; that unmistakable sense that the poem you are reading is inhabited by something other than mere words…

As the pre-eminent poet on Guernsey, Richard Fleming’s wonderful collection is an important addition to the Blue Ormer list, and to the story of Guernsey poetry. 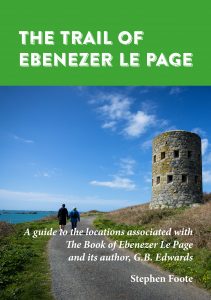 The Trail of Ebenezer Le Page – a guide to the locations in Guernsey associated with G.B. Edwards and his epic novel – was launched with a talk at the Guille-Alles Library by Edward Chaney and Steve Foote, with readings from The Book of Ebenezer Le Page by Rodney Collenette.

There are plans to turn it into a guided walking tour later this year – sign up to our newsletter below for more news.

And don’t forget, we still have plenty of stocks of Genius Friend – Edward Chaney’s epic biography of G.B. Edwards. 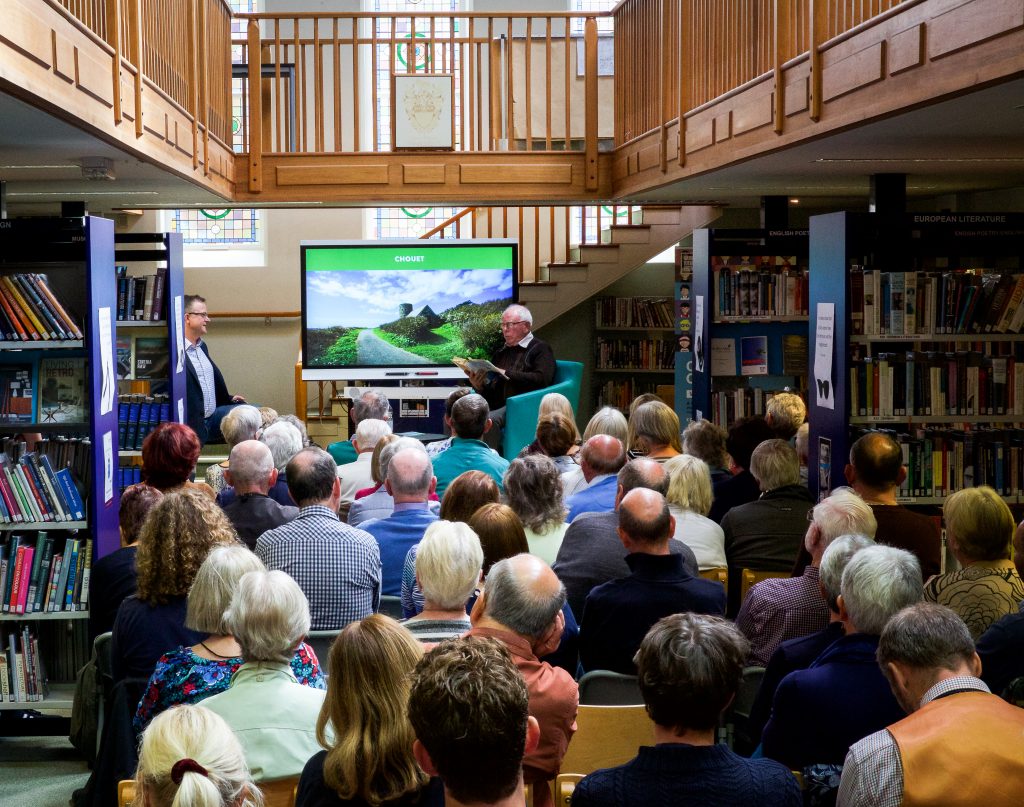 In June, Blue Ormer had a stall at the Arts Seafront Sunday. The weather was great – and so was the company (see photo above)! We even had a selection of small Ebenezer Le Page models, made by Richard Fleming, and sold for charity. 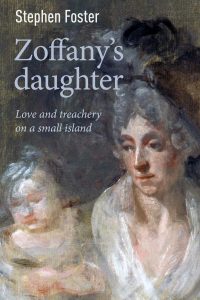 This autumn will see the launch of Blue Ormer’s latest publication – Zoffany’s Daughter: Love and treachery on a small island by Stephen Foster, an Australian historian. We will be launching it in Guernsey on 7 November in a rather unusual format – sign up to our newsletter below for more news.

Set in Guernsey in 1825, this is the true story of Cecilia Horne, daughter of the illustrious painter, Johan Zoffany, who fled to Guernsey with two of her children – and was brought up before the Royal Court for child abduction.

If you are interested in books about the Channel Islands and would like to be the first to hear about our latest books, promotional events and special offers – please sign up for our newsletter.

Sign up between now and the end of September, and you will be entered into a draw to receive a free copy of Zoffany’s Daughter!