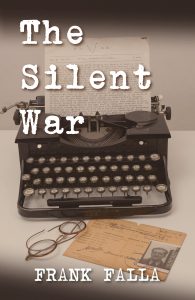 We are pleased to announce that we shall shortly be republishing “The Silent War” by Frank Falla.

We will be holding a book launch at the German Occupation Museum on 6 May at 6:30pm.

You can pre-order your copy of The Silent War from our online store using the link below.