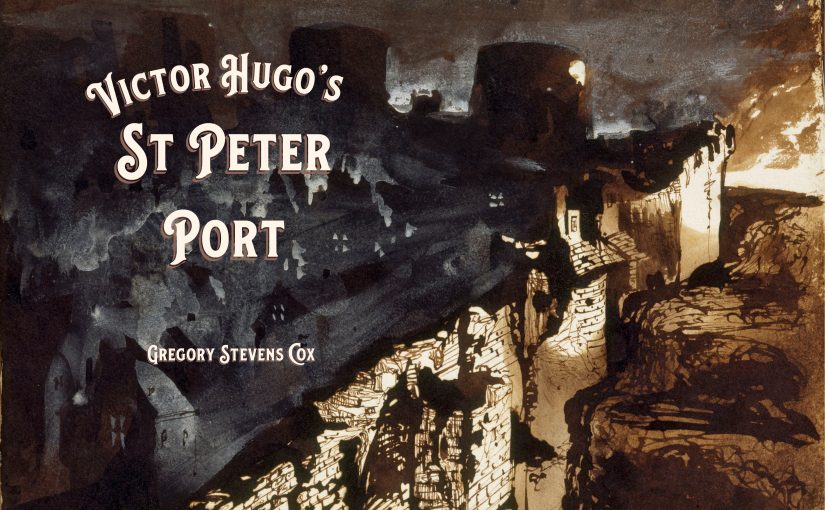 Victor Hugo is often portrayed as a lonely figure, isolated on his balcony. But far from being an introverted recluse, he regularly went to town and enjoyed the company of le noble petit peuple de Guernesey.

Follow Hugo as he buys pens, ink, paper, pottery, porcelain. Meet the postmaster who tried to swindle him. Encounter the hairdresser whose face was eaten by a ‘wolf.’

Visit Picquet House which received an historic telegraph message for him. Enter the church where he witnessed a baptism. Tread the streets that Hugo knew and immortalised.

A compelling anthology of anecdotes and images.

Victor Hugo’s St Peter Port is, first of all, everything a guidebook should be—well written, informative, engaging, and easy to carry. Beyond that, however, the book is a treasure for anyone interested in Hugo’s life and, in fact, for Hugo scholars. In a lively, personal style, Gregory Stevens Cox brings the Guernsey town and Victor Hugo to life together with well-chosen excerpts of Hugo’s writings about Guernsey and other relevant topics.

Not only does Stevens Cox show us the merchants, offices, and so on that Hugo frequented; we also get vignettes of Hugo’s fifteen years of exile in St. Peter Port. We see Hugo’s interest in others, such as this description of a poor child he observed: “The little girl, very young, encountered in Cornet Street, weeping, barefoot on the frozen pavement, holes in her shirt, haggard eyes. She was crying out in despair and looking at the sky. She seemed to reproach the infinite.”  The translations are excellent, and Stevens Cox usually includes Hugo’s original French as well. Lively illustrations—period and modern photographs, as well as drawings and nineteenth-century advertisements—engage the reader, and the colorful walking map on the inside back cover locates all the places described.

This book, the latest of a series written by Gregory Stevens Cox on Victor Hugo’s Channel Island exile, is described as a guidebook, and as such succeeds brilliantly … Familiar places, buildings become more interesting … and how they add interest to routine walks through the Town.

5* Review, The Review of the Guernsey Society

Absolutely fascinating! – This book is a fascinating mix of descriptions of Victorian St Peter Port, interspersed with nuggets of personal observations of Victor Hugo … A book to dip in and out of for pure pleasure or to read from cover to cover if looking for valuable insight to the place and the man.