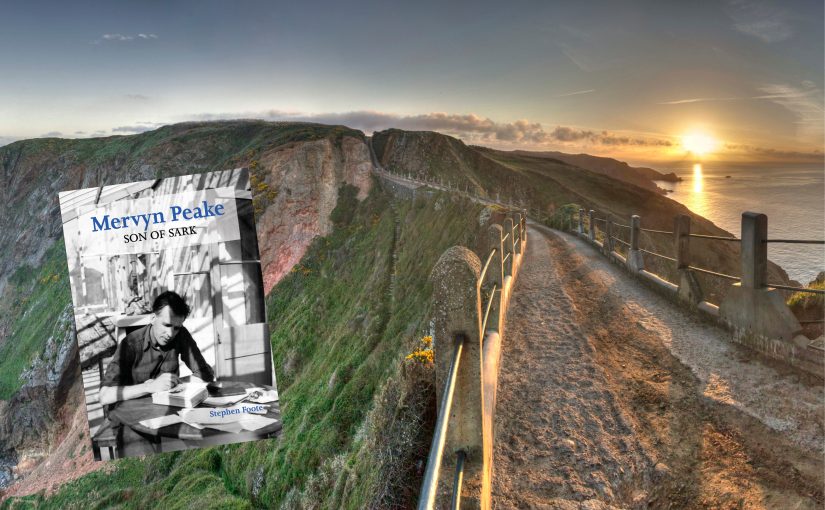 Mervyn Peake (1911–1968), is widely considered to be one of the twentieth century’s most original and innovative novelists, poets and artists. He is best known for the Gormenghast trilogy.

Peake lived in Sark during two formative stages of his life: during the 1930s as a single man, where he joined an artists’ colony known as The Sark Group and between 1947 and 1950 when he returned to the island with his young family.

You have compiled a marvellous book with all sorts of information about Mervyn Peake and one that will be really beneficial for all sorts of readers whether they know about him or have no knowledge. Some of the photographs I haven’t seen before and they are really interesting – the beached whale stands out.

A truly lovely booklet on my father and his time on Sark … a labour of love, one can see that on every page.

Steve Foote was born in Guernsey and is fascinated by the history of the Bailiwick and its people.

In 2014, he founded Blue Ormer and its first publication – Genius Friend – Edward Chaney’s biography of G.B. Edwards – was published in 2015. His own booklet, The Trail of Ebenezer Le Page,is based on local research for Edward’s book. Since then, he has published a further eleven books, with a healthy pipeline of new titles for 2019-20.

Steve has been the Editor of The Review of the Guernsey Society since 2016, and this year was appointed guest curator for local content at the Guernsey Literary Festival.