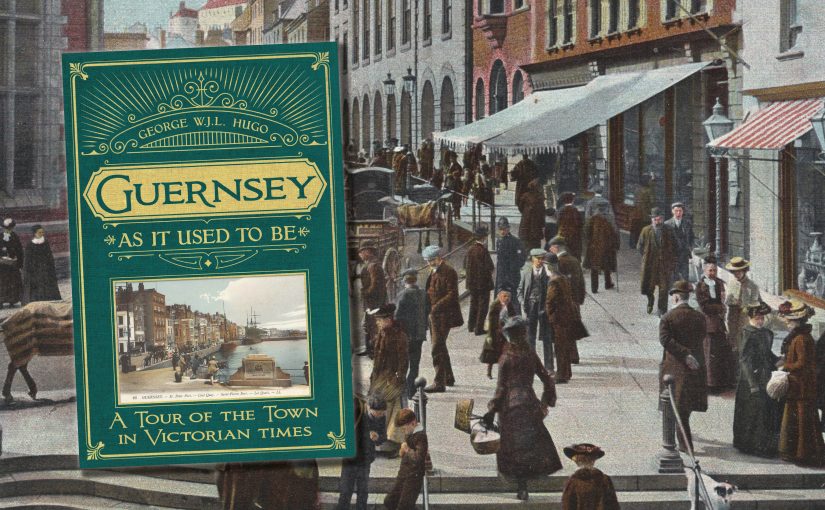 A Tour of the Town in Victorian Times

with an introduction and index by Stephen Foote

Guernsey As It Used to Be is a portrait of the island during the Victorian era. Its author, George Hugo, was born in Guernsey in 1862 and describes the changes he saw in the island from his childhood until this book was originally published in 1933.

Now with a biographical introduction, an added index and extensive illustrations from the Priaulx Library collections, Guernsey As It Used To Be provides a fascinating insight into Guernsey as it was during the late 19th and early 20th Centuries, brought to life with stories of the Town’s familiar characters and how they spent their time.

Peter is pleased that his grandfather’s book has finally been republished: “I think Steve Foote has done a wonderful job”.

The book arrived yesterday afternoon and I read the whole thing, into the wee hours of the morning, unable to put it down, I just had to finish my journey to see where the author would take me… This book is an ‘unstuffy’ (if such a word exists) almost light-hearted and personal account of everyone encountered on this journey explaining how my Guernsey ancestors may have lived. I was not expecting to find my family among the shopkeepers and local characters described in the book.
By the end of the fast-paced fully animated account of walking from one side of town to the other with names and detailed descriptions of the shops and their owners and of absolutely everything along the way, I was breathless and exhausted though I have long since lost the ability to walk so far, it was as if I had!
I am so grateful for this amazing journey and highly recommend this book to anyone who loves the Island as much as I do and as a book not to be missed by anyone who is researching their Guernsey family history. 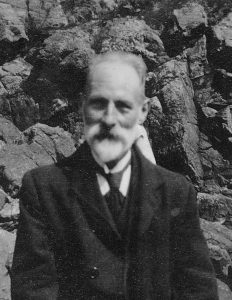 George Hugo (1862-1936) was a dentist, who practised from his home in Allez Street. He wrote this book in the 1930s at the request of his children, to leave them with his memories of the people he had known and the way of life in Guernsey during his lifetime.

Mr. Hugo was of a charming disposition which had endeared him to a large circle of friends and acquaintances. It may be remembered that he published about two years ago a charming little book which was entitled “Guernsey As It Used To Be” in which he gave a graphic description of the changes he had seen in the town since he was a boy.